After enduring a 4 hour delay in Vienna due to a snow storm, we finally boarded our Fokker-70 plane for Hannover, Germany. 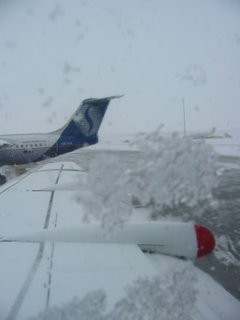 This is the view from the plane. Notice the ice particles on the window. 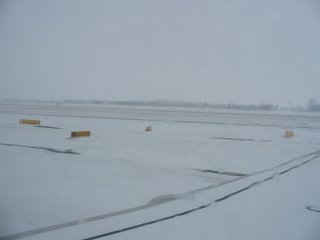 Taxing to the runway it was snow, snow, snow everywhere 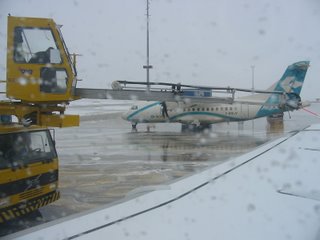 As there was a delay in take off due to one of the runways being closed we had to endure a 20 minute de-icing procedure. 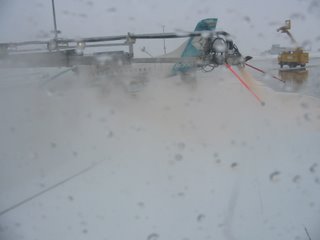 The de-icing machine sprays some kind of liquid onto the wings to ensure proper and uniform de-icing. 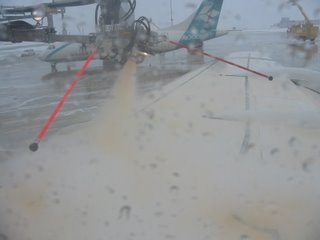 Another shot of the de-icing spray. 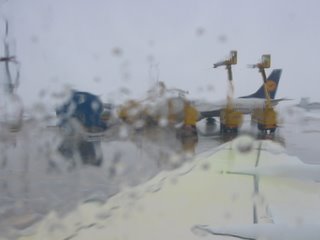 Shot of ice melting after the de-icing shower spray. Notice in the background a 737 being de-iced 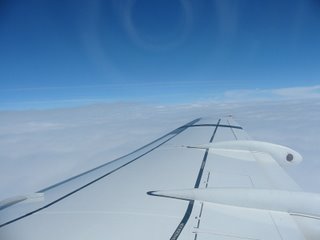 Perfect clear blue sky after take off...but it was still bloody damn cold in the plane, more about the cold and Cebit Hannover later. I am still groggy from the jetlag.
Posted by william at 3/16/2006 08:39:00 pm

Hi from Tokyo!
Last day out on the road.

Anyway, did you notice a strange smell? I had to endure the same process once and it smelled nasty! The captain of the plane actually made an announcement saying that the strange smell is the from the de-icing fluid and nothing to be alarmed.

But it sure was stinky!

Yup!! I noticed it, kampung people like me thought it was probably due to my body odour as I had not had a shower for more than 14 hours. My co-worker thought he stepped on something!