Was at the PM's Department with some German consultants today. We arrived around 9am thinking that the appointment was for 9:30am, but we were subsequently told that the appointment has been shifted to 10am. So I decided to take a few photos with my phone to pass the time. 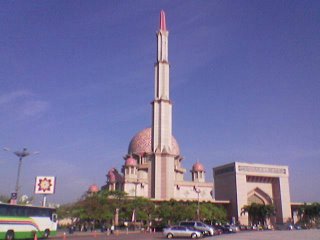 Putrajaya Mosque, I am quite surprised that the picture came out nicely even though my phone's camera is only rates as VGA. 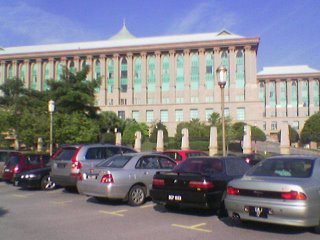 This is the view from the carpark, photo taken while waiting for a colleague who practices "elasticity" of time by the letter. 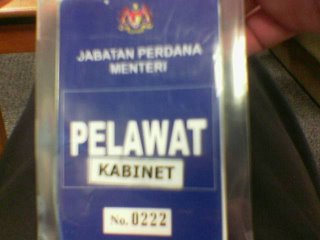 While waiting for our appointment in the visitor's louge I could not resist taking a snap-shot of the visitor's pass. Its a bit blurry as my hands were shaking due to the coldness of the air-conditioning. 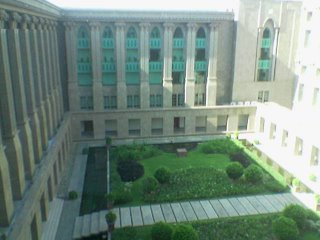 This is the view of the inner courtyard of the PM's Office, no pictures are supposed to be taken but being the rebellious person that I am, I simply could not resist the photo opportunity.

If there are no updates on the blog, it means that I am in jail. :P