Due to the confusion on our arrival time and date, our host Karl had to drive through the night from Hamburg to meet us at the airport. To make things worse, he had to endure a freezing wait at the airport as our flight was delayed for 4 hours. 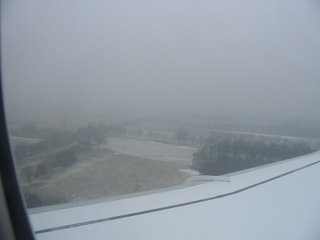 Looking out the window during descent it was slightly misty, having forgotten how cold London was without snow I thought that it could not be that cold as there wasn't much snow and ice. 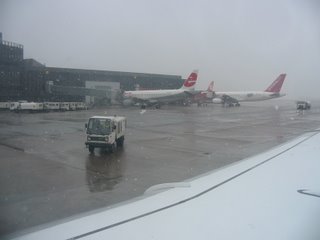 There was a slight snow fall when the plane landed. Again I was deceived by the lack of snow regarding the actual temperature, Sazly and myself got a shocked when the air stewardress announced that it was -5 degress celcius. 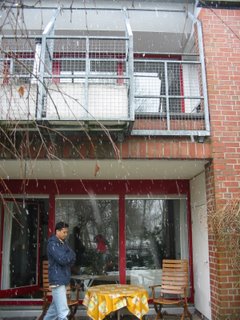 We stopped by Karl's apartment first as he had to get dressed for a meeting before dropping us off at Manfred's (our host) That is Sazly, desprately trying to keepy warm. He packed his winter jacket in his check-in luggage. 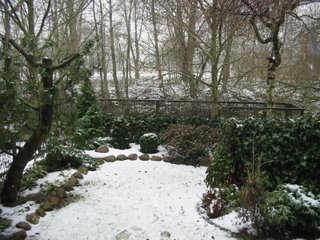 This is the view from Karl's apartment. Can you imagine the view during summer when all the tress are green?Awesome... 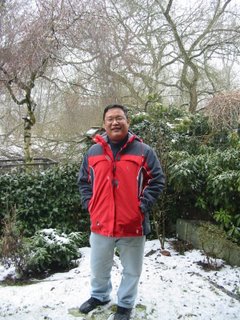 Being the "kampung boy" that I am, I could not resist my first photo opportunity in Germany. Notice the falling snow flakes. 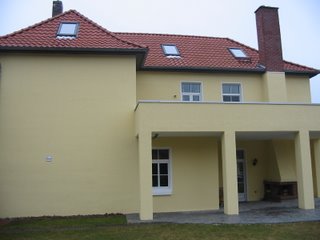 This is Manfred's place, its in the village of Harkenbleck which is about 10km from Hannover city. The house is actually 100 years old and is part of a larger piece farm property. 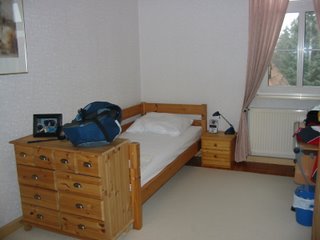 This is my room...everything is from IKEA! 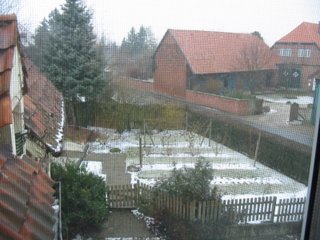 Very nice! I found a place where you can
make some nice extra cash secret shopping. Just go to the site below
and put in your zip to see what's available in your area.
I made over $900 last month having fun!