So I have the uncanny ability to get a glimpse of states-persons when on vacation. I saw Queen Elizabeht II in England, Jean-Pierre Raffarin, PM of France (yes, France has a PM), and now Anand and I saw President Sarkozy last weekend.

President Sarkozy was in Quebec City for the Francophone Summit. He was here before he flew off to see President Bush. In these photos, he is unveiling a plaque, and the Premier of Quebec, Jean Charest is with him along with other VIPs. 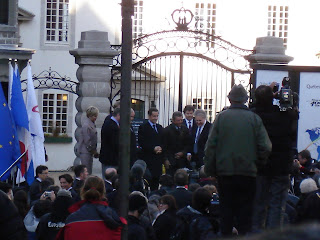 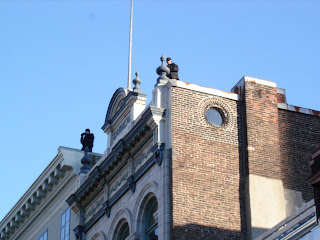 There was tight security when Sarkozy arrived, snipers appeared on the roof top and also on the helicopters. 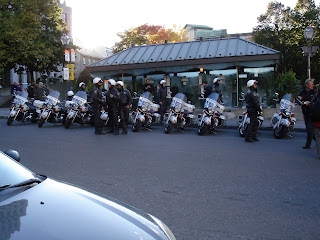