Felt bored and was browsing through my pictures folder and thought it was a good idea to blog about my trip in June 2005. A little background... I was part of a consulting team engaged by the Government of Papua New Guinea. We were there for a couple of weeks and the series of photos are some of the sights of Port Moresby as well as some of the people that I met. 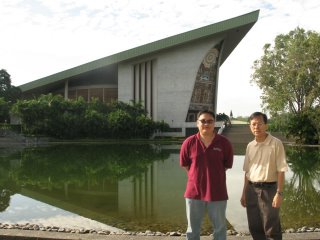 The building in the background is the Parliament of PNG. It is constructed in the style of a traditional Sepik River Haus Tambaran or Spirit House. 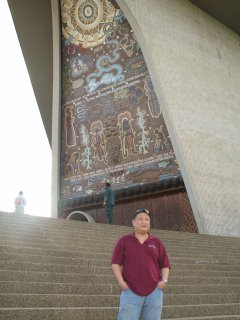 Behind me is the entrance to the Parliament House. The mosaic mural is a magnificient testimony to a culturally diverse and fascinating nation. 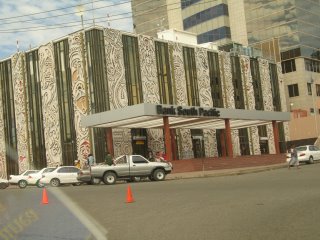 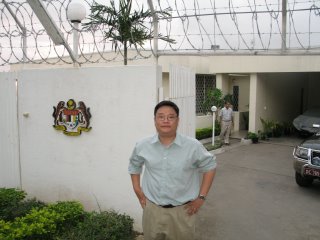 We were invited to the Malaysian High Commission for a small "makan-makan" session with other Malaysians. 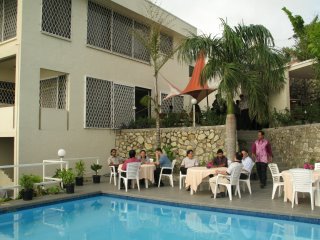 The High Commission is a three storey bangalow facing the ocean. 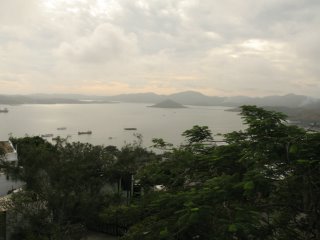 The view from the High Commission was simply awesome. 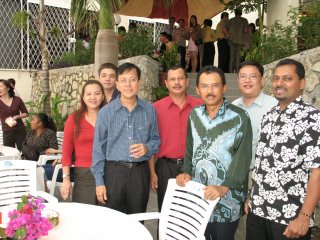 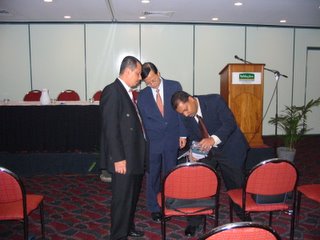 The team preparing for the official opening of the 3 day inter-department workshop. 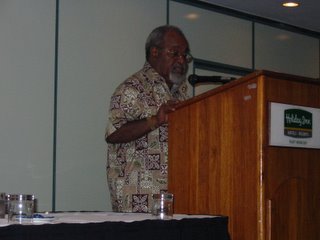 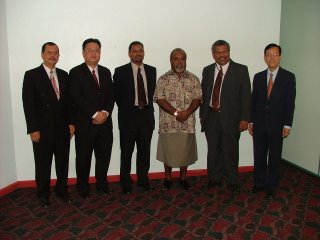 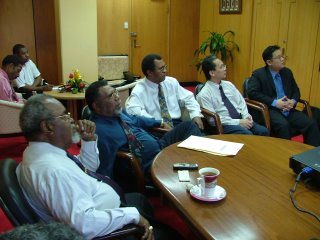 Presentation and discussion of our findings... 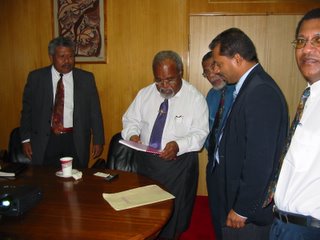 Finally after 3 intensive weeks of work, the report was handed over to the Prime Minister.

opss sorry my mistake...will have it corrected when I get the time..too busy enjoying Sri Melur's Nasi Lemak