On day 3 of CEBIT, we decided to have it free and easy as we were tired of walking around the exhibition halls. There are 27 halls, and the entire exhibition fair ground is 1.5km by 1.5km!! 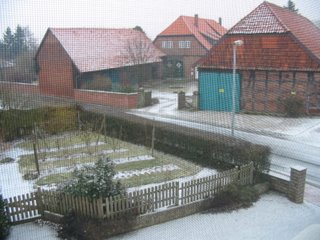 I was pleasantly surprised to find snow although the sun was shining quite brightly. 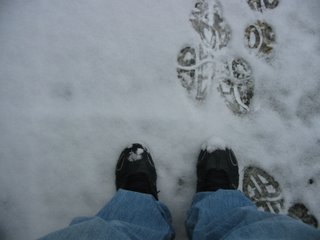 Being the total "sua-ku" or village boy that I am, I could not resist taking this pic. I honestly have not seen so much snow. I reckon that the first two days that I was in Hannover, I have seen more snow thatn my 4 years in the UK! 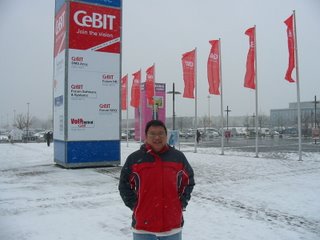 When Karl dropped us off at CEBIT, it started to snow heavily. Actually the temperature was only about -3 degrees celcius, but when the wind starts...brrr...cannot tahan man. Find chill makes it about -7 degrees celcius. 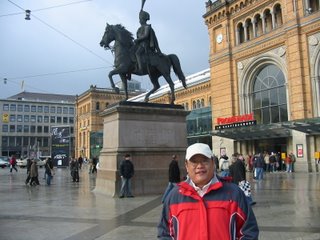 When we finally got to the City center around 3pm, it was bright and sunny!! Notice the new cap, free from the exhibition... basically went to a booth and took it without even looking at the products on offer :) so kiasu... 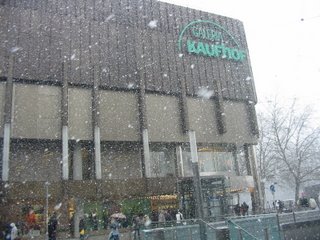 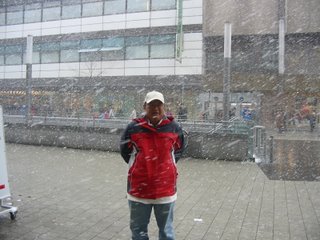 The snow was blowing so hard that when I turn to face the wind, I could not even open my eyes! Poor Sazly had to try his best to hold the camera still while shivering. 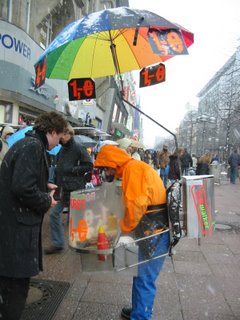 This is something that I have not seened before, a sausage seller that carries his stuff and cooking utensils around his waist. Cannot imagine the weight of the contraption. 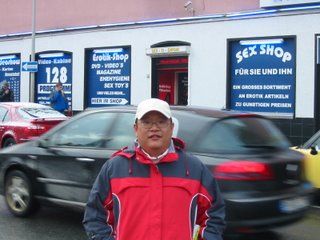 While exploring the city we got lost... really la... we got lost and stumbled upon the red light district 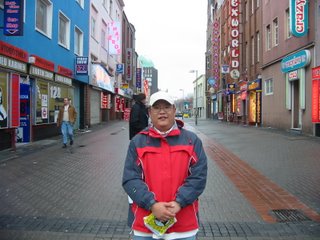 One picture was not enough... 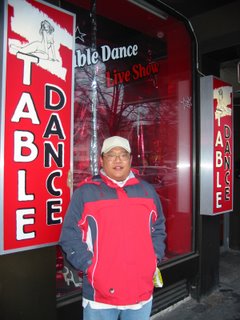 "Sua Ku" like me must have at least 3 photos taken in the red light district... the mat sallehs found it amusing to see me having my photo taken haha :) 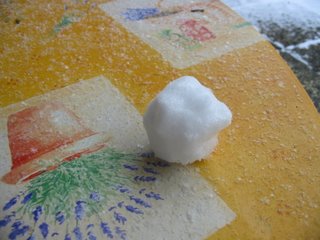