When I was in Hannover, Karl cooked a wonderful dish called gnocchi. I mentioned it to Khairuddin that I was "craving" for some and he was kind enough to give me the recipe. 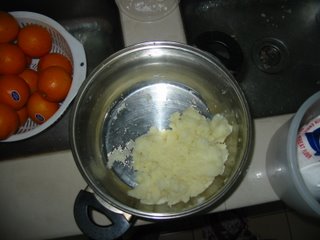 Boil some russett potatos, in this case I used 6 small ones. Boil the potatos until it is soft enough "run" a knife through it. Mash the potatos... 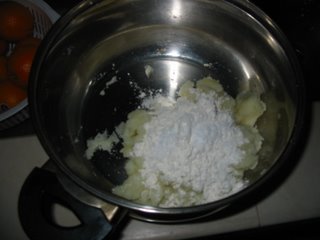 Add about 3 table spoon of flour and some salt to taste. Mix the flour and mashed potato with a wooden spoon. 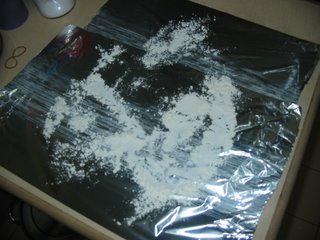 Spread some kitchen foil onto a flat surface and sprinkle some flour onto the surface. 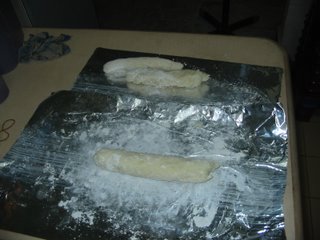 Roll the potato and flour mix like so...add flour if it starts to get too sticky. Taste the dough occasionally to determine if more salt is needed. 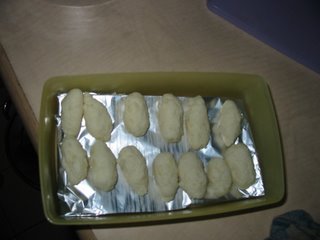 Shape the gnocchi like so and put into a container to chill it for 30 mins or so. 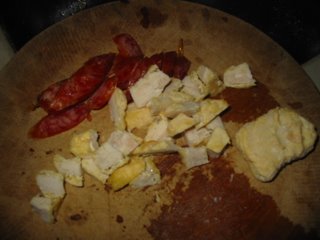 While waiting for the gnocchi to chill, I chopped up some chicken nuggets and some chinese sausages. 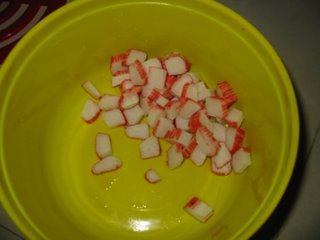 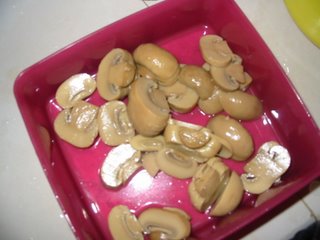 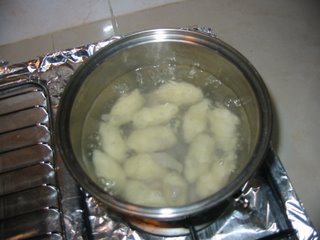 Boil the gnocchi in salted water... 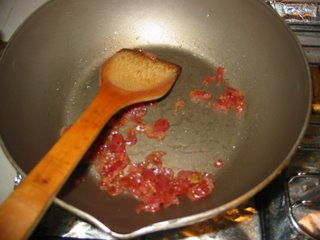 While waiting for the gnocchi to cook...fry the chinese sausages until fragrant. 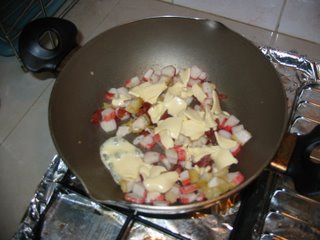 When the sausages are sizzling, add in the rest of the ingrediants and two pieces of chedder cheese. When the cheese start to melt, add in some Dolmio mushroom sauce. 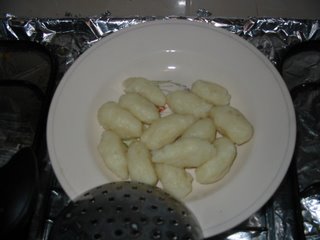 Scoop up the gnocchi when it stats to float in the boiling water. 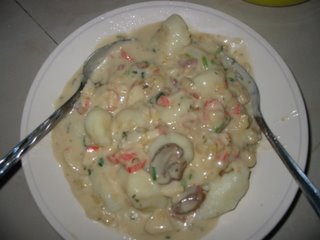 Hi, Liang, with all your cookings going on, are u going to open a restaurant? just a nich marjet thing/

Hi, me again, sign in at the wrong place.

Hi, Liang, with all your cookings going on, are u going to open a restaurant? just a nich market thing?

Kudeh: well i have actually thought about setting up a small eatery...but the cost of a place in subang is too high la...but am seriously thinking of catering for small private functions haha..a few friends who have sampled and loved my cooking have said that they will definately ask me to cater on a small scale like maybe for 10 people if they are planning to have a small function at home.