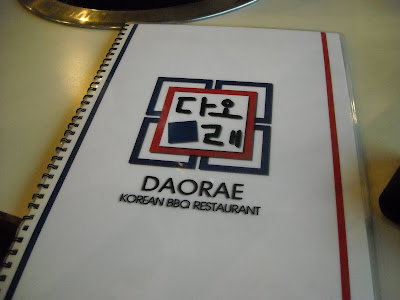 As Cleo's mom is leaving for Australia on Wednesday the 4th of December (she is going there for a month as a confinement women), we decided to take her to a Korean Restaurant in Taipan as a treat. The restaurant has been in operation for close to 2 years but we have not given it a try as normally Korean food are expensive and we were saving it for a special occasion. 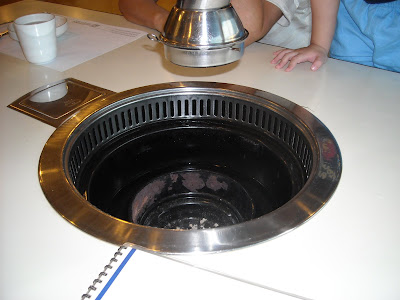 The tables come with a "circular bbq pit" in the middle. Above each "pit" there is an extraction fan, which frankly does not work too well. When the restaurant started to fill up the place become quite smokey and stuffy. 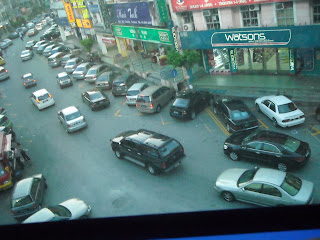 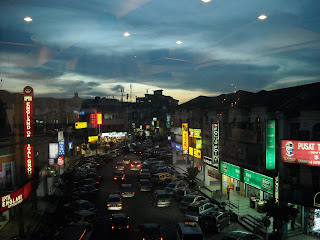 We got a window seat and Anthony started playing with the camera, the first pic is taken by him and the second by me...mine of course is the more high quality one haha...saving up for a Digital SLR...at the way things are going probably I can buy one in 2 years time haha. 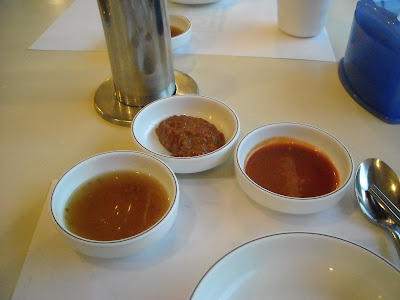 Each of us are given 3 types of sauce. The first one is some kind of sweet sauce, the second is the Korean version of sambal and the third is chilly sauce. I am so used to eating chilly and frankly the Korean sambal and chilly does not even tickle my tastebuds. 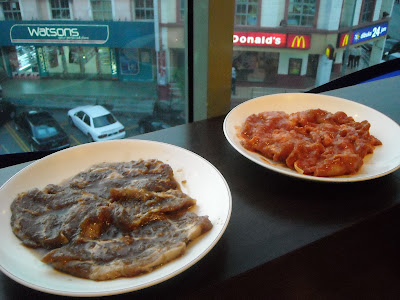 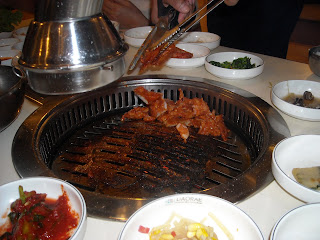 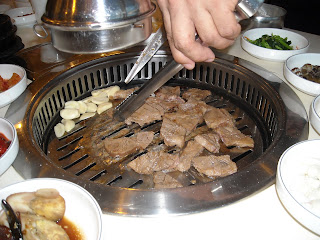 The first pic is the chicken which is coated in some lightly spiced sauce and the pork is the second pic which goes extremely well with the raw garlic. 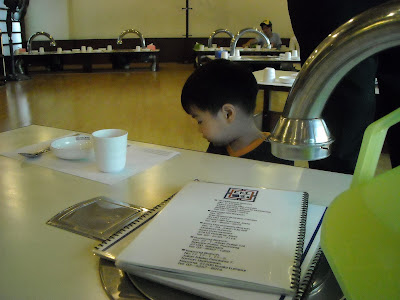 Anthony as usual was restless. Did not manage to take the pic of him running all over the restaurant. The staff were extremely friendly, they played with him and generally kept him out of harm's way. 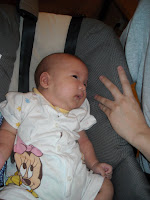 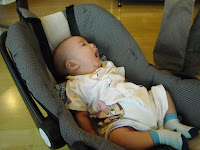 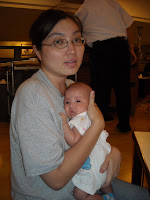 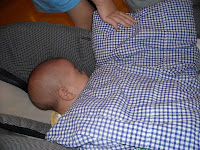 Victor was also feeling restless, but he finally fell asleep after Cleo carried him. He can really cry when he does not get his way. 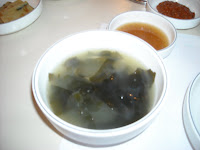 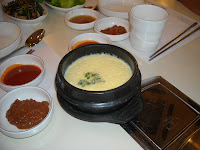 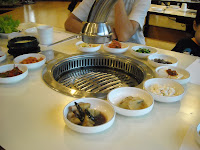 The best thing about Korean food is the unlimited servings of side dishes. Each of us were served a steaming bowl of seaweed soup which tasted extremely good. It is not as salty as miso soup. We were also served a bowl of steamed egg with seaweed. Personally, I did not enjoy the egg as it was quite bland. The smaller plates in the third pic are the various side dishes ranging from kimchi, salads, cockles, spicy eggs (extremely spicy, this dish definately tickled my taste buds to the extreme), tofu and loads of other stuff. 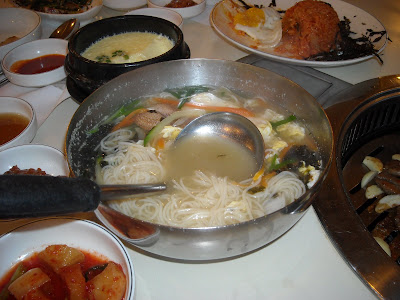 We also order a serving of seafood noodles and a serving of kimchi fried rice with egg. The fried rice tasted "normal" it's like nasi goreng tomato. But the noodles are out of this world!! extremely good and worth every penny. 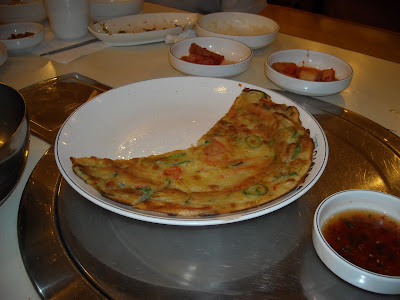 Towards the end of the meal we were pleasantly surprised that they served us Korean pancake on the house for dessert. It is extremely nice and slightly crunchy, albeit slightly more oily than what I am used to. Fruits were also served, but we did not consume the fruits as Anthony wanted to "rush" home. 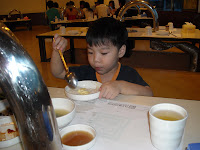 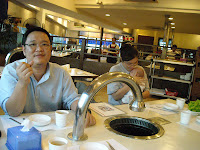 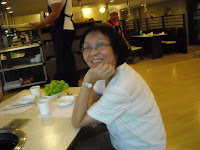 Three more pics before i end the post. First one taken by me, showing Mr Anthony Eng enjoying his noodles. He was initially eating rice, but when the noodles arrived he insisted on having some. The other two pics, surprisingly was taken by Anthony. Not too bad for a 2 year old!!.

Anyway, in conclusion I give the restaurant a rating of 9 out of 10. It is value for money. Price wise it is definitely way below normal Korean Restaurant prices. Further, the staff are extremely friendly and it is definitely family friendly. The staff were very attentive and always kept an eye on Anthony when he was running around the restaurant.

I highly recommend this Restaurant. The address is: