Its been a pretty hectic week and I have not had the chance to play with the D90 much. Anyway we decided to go out for a drive around town this morning with the intention of doing some Christmas shopping, but we spent most our time stuck in the car due to the traffic congestion...anyway here are some random pics that I took today with some comments added in to give you a sense of where I took the pictures and what was going through my mind when I took them. 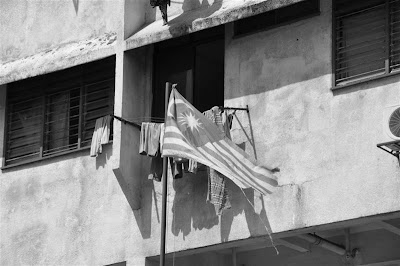 Took this in Bangsar, which is a high end neighborhood. However I was surprised to find that there is a block of low cost flats behind the Maybank building. I suppose the condition of the flag (torn and dirty) symbolizes the general condition of the flats and its surrounding area. Its quite sad to see that no one bothered to up keep the general surroundings, but it was sadder to see that the symbol of your country is in such a poor state...I suppose it reflects the general mood of the country at the moment? 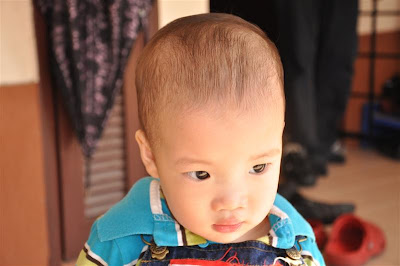 I managed to get a quick shot of Victor while he was patiently waiting for the adults to get ready. He was in such a contemplative mood. Probably wondering where we would be taking him today. 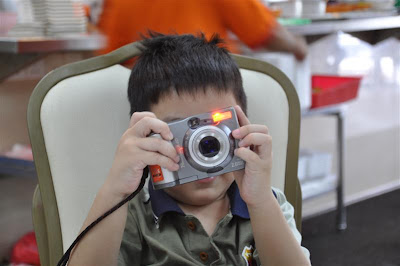 Anthony insist that he has to have a camera as well so I gave him my Canon Powershot that I bought many many moons ago. He has been happily snapping away on the camera. I suppose in 10 years time he would want his own DSLR...it would give me a very good excuse to upgrade haha. I am going to encourage him, it will be a good platform for me and him to get closer. Father and son bonding thing...if you get what I mean. 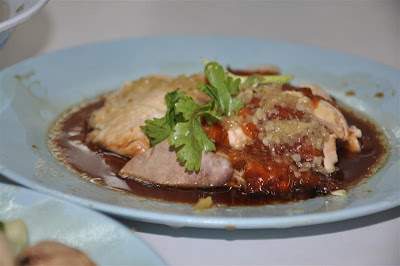 After being stuck in traffic for most of the morning, we decided to have chicken rice at Jalan Gasing. Expensive but totally worth it.

Anyway, I am looking forward to tomorrow...am going to try my hand at taking some pictures of the Christmas decorations.
Posted by william at 12/11/2009 03:56:00 pm